Haberler
Gelişmiş Arama
Sign in
Focus on a race Interview

They both are Eastbourne residents who enjoy everything this part of the UK has to offer and are pleased to offer the opportunity for people from all over the world to come and experience it for a weekend in October.

Hello, on October 24th 2009, you’ll be organizing the Beachy Head Marathon . Can you tell us where it is located? 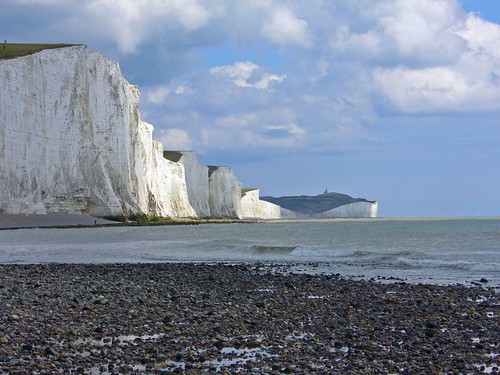 How old is the race and why was it created in the first place?

The Beachy Head Marathon started 2002 to take the place of the Seven Sisters Marathon which celebrated its 21st birthday in 2001 and its organisers then wished to retire.

What kind of route have you set up for the runners? How would you describe it?

It is an off-road, hilly, scenic route using public footpaths and bridleways on the Sussex downs and along the cliffs. It is not a measured distance and this is a personal challenge event not a race.

1750 participants are expected. We have categories for runners (under 5 hrs), joggers (in excess of 5 hrs) and walkers (under 9 hrs).

Do you organize other races during the Week-End? If so, on what distances?

We have the Junior Beachy Head Challenge covering 2km and 3km routes for children under 16.

At that time of the year, what kind of weather can we expect?

Anything! For the last few years the weather has been dry and sunny with the occasional shower. Other years we have had heavy rain and winds.

Have you planned festivities around the marathon?

We have jazz bands playing at the start and also at one of the village checkpoints. There is food and drink on offer all round the course at the 4 checkpoints.

The marathon finished, what advice would you give a runner who has never been to Eastbourne before? A good restaurant, a fancy sightseeing?

First stop must be our hot meal which is included in the entry price and the chance of a swim, as well as a massage (extra charge for the massage).

After that there is the Pilot pub nearby which remains open all day for a drink and a chance to swap experiences with other participants. Refreshments are also available at the Kiosk at the foot of the last hill to the Finish. 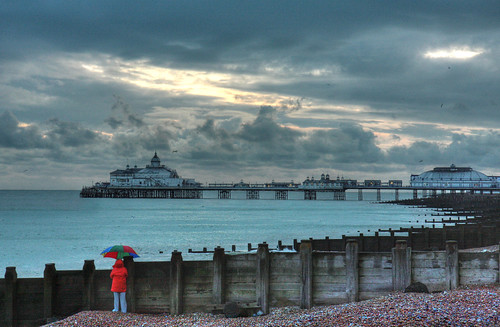 Eastbourne has plenty of restaurants catering for all pockets and tastes. There is the beautiful seafront and pier, the theatres and cinemas ….. Most participants will probably want to SLEEP! There are plenty of hotels and guesthouses to cater to all requirements.

In a single sentence, what would you tell the readers of 42k195 to make them register for the Beachy Head Marathon?

Its the largest off-road marathon in the UK with over 3500ft of ascent; steps, stiles and gates as well as the spectacular scenery along the Seven Sisters and Beachy Head which participants return to year after year!